Imran Khan: The 'app Teacher' Who Has Gifted 82 Educational Apps To MHRD 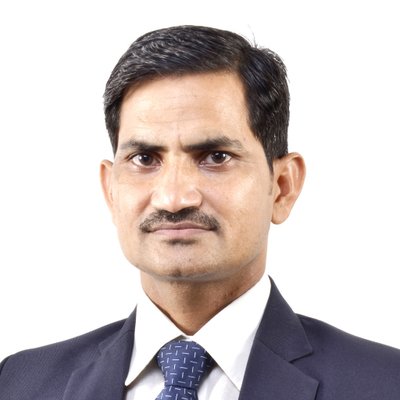 TechConnect brings you our next Impact Warrior, a tech genius popularly known as “App Teacher” in his circle. He has developed 82 mobile applications with 21 million downloads and more than 100 educational websites. Prime Minister Narendra Modi referred to him as “Adarsh Shikshak” and praised him during his address to the 60,000 Indian diaspora at Wembley in London in 2015. Thereafter, he rose to national fame and became a hero in his district, Alwar in Rajasthan. He has received several awards such as National ICT Award 2016, National Teacher Award 2018, Jamnalal Bajaj Award, to name a few.

TechConnect: Tell us something about your journey to becoming a teacher, and when did you join the teaching profession?

To be honest, I never aspired to become a teacher. However, it was my aspiration to be employed with the government that changed everything. In those days becoming a government employee in the teaching profession was seemingly a cakewalk. So, in 1996, right after my class 12 board exam, I enrolled for the two-year course on Basic School Teaching Certificate (BSTC) conducted by the Rajasthan government which grants you the qualification to become a Primary teacher. I was just 18 years old then. It was gratifying for my family and me to have received my first salary, and I never looked back again since then.

It has been nearly five years since the world came to know about you after PM Narendra Modi mentioned you and your success. How and when did your journey begin?

I could say that I embarked on my journey in 2009 when I acquired a computer. Initially, I used the machine only to play games. Later, I realised that I could create a learning platform for my students. I had the books from my brother when he was studying B. Tech Computer Science. From those books, I learnt web development languages, such as HTML, CSS, and PHP.

I created my first website within just three days. The site came to the notice of Mr Ashutosh Pednekar, the then Collector of Alwar, who invited me to create more websites for schools and students. With his aid, I developed 50 sites for 50 schools in Alwar in Rajasthan in a span of two months in 2010. Following this, the District Collector encouraged me to design mobile apps and Content Management Systems.

By 2015 I had developed 50 mobile applications with 3 million downloads. When a new education policy was under review in 2015, I was invited by Smt. Smriti Irani, the then Union HRD Minister. A week after meeting her, I heard that Prime Minister Modi had praised me in his Wembley Stadium address in London. The next day, I was surrounded by media persons. Even a Wikipedia page was created about me!

TechConnect: What advantages do mobile apps have compared to other platforms such as YouTube and websites for students learning?

Mobile apps have their own advantages. To begin with, mobile applications offer a greater user-friendly interface. Most importantly mobile apps give convenience to learners as one does not need to type URLs like websites. In addition to that, the mobile application can engage learners and update them on important events through push notifications. People tend to check notifications or alerts more frequently on a mobile device. Moreover, apps are responsive suitably in mobile phones which is available with almost everyone nowadays.

According to the NAS and ASER report, India lacks quality education, especially at the primary level, what according to you are the reasons?

Most of the teachers, especially the government teachers, have more clerical or administrative work than teaching. Quite often teachers are entrusted with non-academic tasks, such as clerical work and government administrative tasks when they should be spending more time in academic works such as teaching, evaluating and training. In other words, teaching is one task, among many other tasks which a teacher does. I have witnessed teachers who have faced the wrath of the administration to the extent that they are even served notices when they have failed to fulfil their non-academic tasks.

TechConnect: What other problems do you think teachers face that hinder them from delivering quality education?

I feel that the environment that a government school system provides is not conducive for professional growth and development for the teachers. There is a lackadaisical attitude among teachers and school leaders to our system. It is a policy level problem. For instance, as mentioned a while ago, the irony is that the teachers are not held accountable for not doing their teaching job but are held responsible for not doing their non-academic administrative tasks. Secondly, there is no recognition and incentives for teachers who do their best in the classroom and outside. These effects create demotivated teachers who are reluctant to improve their professional skills and knowledge. It is encouraging to see how in Maharashtra and Delhi, teachers are motivated continuously and incentivised.

TechConnect: How do you think the NGOs can support the teachers in their capacity building?

In order to answer this question, we have to first go to the bottom of the issues and challenges that the Government encounters in supporting teachers in their capacity building. There are myriad issues ranging from lack of motivation in teachers, poor infrastructures, lack of accountability, lack of high quality teacher training, lack of digital literacy skills.
Having understood the crux of the problem, this is where NGOs can chip in. NGOs as we all know offer expertise in specialised domain areas. Therefore, NGOs offer tremendous transformative potential in the field of education. For example, NGOs can organize periodic teacher-training programs on exploring newer and interesting teaching techniques.

TechConnect: What are the current projects or applications that you are working on?

We are currently working on two mobile applications. One is the Dishari app developed for college students to provide free study course materials to those preparing for competitive examinations. Commonly, for competitive exams, students attend coaching classes. However, several remain deprived as they cannot afford to join them. These apps will solve the problems of such students.Dishari app features mock tests, numerical skills, general knowledge, current affairs etc, This app is a flagship program of the Government of Rajasthan which is managed by my team. We have carried more than two crores tests on the app, and it has exceeded 80,000 downloads.

Another application that we are working on is to connect youths in Alwar districtin Rajasthan. We have around 1.4 lakhs users in that app.

TechConnect is supported by EdIndia Foundation. It is an independent Newsletter initiative highlighting “at scale” work of edu-tech innovators and inspiring efforts of teachers and practitioners, working at government and affordable schools as well as policymakers of India.
Youtube